People expect one method, idea or behavior leading them to happiness, while happiness is not a simple goal or concept that people can easily reach or achieve on their lives. Happiness is a very wide concept and it contains many complexities and many levels. In other words, there are plenty Kinds of happiness like happiness coming from success, personal achievements or from being in love or friendship etc.. .Human need for happiness differs from one type of happiness to another and all of these types form a wide web of different needs. Fulfilling these different needs and reaching to many types of happiness require massive number of individual actions which should intertwine with a person`s habitat. As consequence reaching to a perfect happy life style has a structural connection with various levels of subjective and objective conditions and criteria , for instance, it is noteworthy that happiness has a structural relation with time according to a general tendency that happiness which we can get in early age is more pure than happiness we can get in old age because there is more availability of time to obtain new skills and invest new opportunities to reach to more levels of happiness. The prior understanding to the diversity, complexity and sometimes contradictions among types of happiness beside recognizing how many risks and how many intellectual and practical effort are needed to access to many types of happiness interpret the dominance of disappointment among people for not being satisfied with their feeling of happiness.

This brief analyzing to the nature of happiness is not for justifying the common feeling of disappointment among people, but it is for rethinking of how to deal with future possibilities and how to construct hope. Moreover, it is important to redefine the concept of hope to release it from the metaphysical aspects. Therefore, hope should not be defined as waiting for good results to emerge magically on the future because hope is not a faith that you believe in, but it is something that you construct. Forming a cohesive pattern of hope is mainly based on three basic skills including the considering of the supportive and disruptive factors of person habitat.

The first skill and the most important one is knowing precisely what pattern of happiness is the most urgent to your life. This skill is deadly important before moving to practice the next skill because misleading it will cause a great damages to the ability of keep going with other skills. Being skeptical about what you want will limit your effort to hesitating movements which means an arbitrary effort. The arbitrary effort will lead you to depressive attitude beside losing time and energy which will make you unable to requisition what you really want. After deciding deeply the pattern of happiness that you want, you can start with second skill which is studying your habitat and its condition carefully. Then you should search for gaps that you can work through to reach the level of happiness that you need. The Third skill is estimating accurately the effort that you should make and the time you should take for achieving what you want , then you start working according to your estimations. The banker, Andy Dufresne who is a hero character in drama film Shawshank Redemption represents a literal example for practicing all these three skills. I wish if I could give an example from the real life instead of a fictional character , but he incredibly fits the statements and he is probably recognized by many among the readers. Andy carefully studied the environment of the prison and the kind of relations between guards and prisoners. He slowly succeeded to find gaps through these relations and to get what was required to dig a tunnel. He needed 19 years to finish digging and to achieve his goal in getting out of prison. Moreover, these gaps allowed him to start managing financial matters for prison employees and to make money laundry which helped him to secure himself financially after his successful escape. In addition to elucidate these three skills, I would like to hint at another level of concept of hope which is waiting for radical changes.

To clarify more this thesis, I will move to discus reaching to good future possibility on another field. Getting a high score is the most prominent future possibility that most of the students hope to get. Memorizing data and information beside acquiring the required academic and scientific skills to analyze the data of the academic courses or discovering new data by doing an academic research are the most basic methods followed by students to obtain a high score or average. Unlike the variety of required efforts and levels of guarantee for getting more wealth on the future, reaching to good future possibility with high guarantee for happening within the educational systems needs a very organized and precise effort. The relation between the guarantee for accessing to good future possibility and students` effort is an inverse one. On other words, the connection between the efforts and the future results is structural. For instance, on automation exams which mostly provide four answers (A,B,C,D) for each question, and only one of them is the right answer, you should chose at least 50% or 60% of the right answers to pass the exam. Therefore, if you have no data about exam course, you will have ¼ chance to pick the right answer for each question. Moreover, you should be able successfully to achieve ¼ percentage in 50% or 60% of your answers for passing the exam which is mathematically impossible without any effort in memorizing and analyzing the data of the exam course according to this mathematical calculation: : “ 100! / ( 60! * 40! ) * 0.25 ^60

This calculation indicates that only one student can pass automation exam among approximately 100 million students who have no data about exam course.

As a conclusion, the future possibilities in every field in our lives are genuinely connected to the systems and methods established by human societies to reach them. They also determine the range of randomness and personal effort influences in forming the future possibilities. Recognizing the mechanisms of these systems and methods is the corner stone in creating deep and wide understanding in how to manufacture our future. 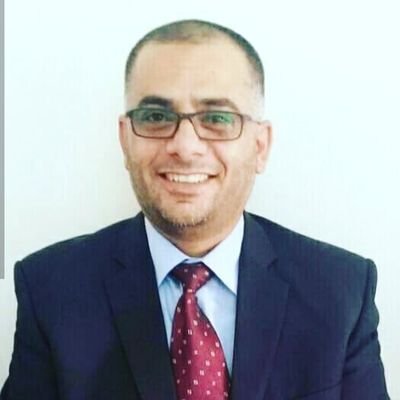