The Nature And Function Of Cells

"A cell is a mass of cytoplasm that is bound externally by a cell membrane. Usually microscopic in size, cells are the smallest structural units of living matter and compose all living things. Most cells have one or more nuclei and other organelles that carry out a variety of tasks. Some single cells are complete organisms, such as a bacterium or yeast. Others are specialized building blocks of multicellular organisms, such as plants and animals."  Cell, in biology, the basic membrane-bound unit that contains the fundamental molecules of life and of which all living things are composed. A single cell is often a complete organism in itself, such as a bacterium or yeast. Other cells acquire specialized functions as they mature.

These cells cooperate with other specialized cells and become the building blocks of large multicellular organisms, such as humans and other animals.  Although cells are much larger than atoms, they are still very small. The smallest known cells are a group of tiny bacteria called mycoplasmas; some of these single-celled organisms are spheres as small as 0.2 μm in diameter (1μm = about 0.000039 inch), with a total mass of 10−14 gram—equal to that of 8,000,000,000 hydrogen atoms.

Cells of humans typically have a mass 400,000 times larger than the mass of a single mycoplasma bacterium, but even human cells are only about 20 μm across. It would require a sheet of about 10,000 human cells to cover the head of a pin, and each human organism is composed of more than 30,000,000,000,000 cells.  This article discusses the cell both as an individual unit and as a contributing part of a larger organism. As an individual unit, the cell is capable of metabolizing its own nutrients, synthesizing many types of molecules, providing its own energy, and replicating itself in order to produce succeeding generations. It can be viewed as an enclosed vessel, within which innumerable chemical reactions take place simultaneously.

These reactions are under very precise control so that they contribute to the life and procreation of the cell.  In a multicellular organism, cells become specialized to perform different functions through the process of differentiation.  In order to do this, each cell keeps in constant communication with its neighbours.

As it receives nutrients from and expels wastes into its surroundings, it adheres to and cooperates with other cells.  Cooperative assemblies of similar cells form tissues, and a cooperation between tissues in turn forms organs, which carry out the functions necessary to sustain the life of an organism. Special emphasis is given in this article to animal cells, with some discussion of the energy-synthesizing processes and extracellular components peculiar to plants.  For a full treatment of the genetic events in the cell nucleus,

The Nature And Function Of Cells A cell is enclosed by a plasma membrane, which forms a selective barrier that allows nutrients to enter and waste products to leave. The interior of the cell is organized into many specialized compartments, or organelles, each surrounded by a separate membrane. One major organelle, the nucleus, contains the genetic information necessary for cell growth and reproduction. Each cell contains only one nucleus, whereas other types of organelles are present in multiple copies in the cellular contents, or cytoplasm. Organelles include mitochondria, which are responsible for the energy transactions necessary for cell survival; lysosomes, which digest unwanted materials within the cell; and the endoplasmic reticulum and the Golgi apparatus, which play important roles in the internal organization of the cell by synthesizing selected molecules and then processing, sorting, and directing them to their proper locations. In addition, plant cells contain chloroplasts, which are responsible for photosynthesis, whereby the energy of sunlight is used to convert molecules of carbon dioxide (CO2) and water (H2O) into carbohydrates. Between all these organelles is the space in the cytoplasm called the cytosol. The cytosol contains an organized framework of fibrous molecules that constitute the cytoskeleton, which gives a cell its shape, enables organelles to move within the cell, and provides a mechanism by which the cell itself can move.  The cytosol also contains more than 10,000 different kinds of molecules that are involved in cellular biosynthesis, the process of making large biological molecules from small ones.  The structure of biological molecules Cells are largely composed of compounds that contain carbon.  The study of how carbon atoms interact with other atoms in molecular compounds forms the basis of the field of organic chemistry and plays a large role in understanding the basic functions of cells. Because carbon atoms can form stable bonds with four other atoms, they are uniquely suited for the construction of complex molecules. These complex molecules are typically made up of chains and rings that contain hydrogen, oxygen, and nitrogen atoms, as well as carbon atoms. These molecules may consist of anywhere from 10 to millions of atoms linked together in specific arrays. Most,

The genetic information of cells  Cells can thus be seen as a self-replicating network of catalytic macromolecules engaged in a carefully balanced series of energy conversions that drive biosynthesis and cell movement. But energy alone is not enough to make self-reproduction possible; the cell must contain detailed instructions that dictate exactly how that energy is to be used. These instructions are analogous to the blueprints that a builder uses to construct a house; in the case of cells, however, the blueprints themselves must be duplicated along with the cell before it divides, so that each daughter cell can retain the instructions that it needs for its own replication. These instructions constitute the cell’s heredity.  Chemical composition and membrane structure Most current knowledge about the biochemical constituents of cell membranes originates in studies of red blood cells. The chief advantage of these cells for experimental purposes is that they may be obtained easily in large amounts and that they have no internal membranous organelles to interfere with study of their cell membranes. Careful studies of these and other cell types have shown that all membranes are composed of

proteins and fatty-acid-based lipids. Membranes actively involved in metabolism contain a higher proportion of protein; thus, the membrane of the mitochondrion, the most rapidly metabolizing organelle of the cell, contains as much as 75 percent protein, while the membrane of the Schwann cell, which forms an insulating sheath around many nerve cells, has as little as 20 percent protein.  Internal Membranes The presence of internal membranes distinguishes eukaryotic cells (cells with a nucleus) from prokaryotic cells (those without a nucleus). Prokaryotic cells are small (one to five micrometres in length) and contain only a single cell membrane; metabolic functions are often confined to different patches of the membrane rather than to areas in the body of the cell. Typical eukaryotic cells, by contrast, are much larger, the cell membrane constituting only 10 percent or less of the total cellular membrane. Metabolic functions in these cells are carried out in the organelles, compartments sequestered from the cell body, or cytoplasm, by internal membranes.  - The Nucleus The nucleus is the information centre of the cell and is surrounded by a nuclear membrane in all eukaryotic organisms. It is separated from the cytoplasm by the nuclear envelope, and it houses the double-stranded, spiral-shaped deoxyribonucleic acid (DNA) molecules, which contain the genetic information necessary for the cell to retain its unique character as it grows and divides.

The presence of a nucleus distinguishes the eukaryotic cells of multicellular organisms from the prokaryotic, one-celled organisms such as bacteria. In contrast to the higher organisms, prokaryotes do not have nuclei, so their DNA is maintained in the same compartment as their other cellular components.

The primary function of the nucleus is the expression of selected subsets of the genetic information encoded in the DNA double helix. Each subset of a DNA chain, called a gene, codes for the construction of a specific protein out of a chain of amino acids. Information in DNA is not decoded directly into proteins, however.

First it is transcribed, or copied, into a range of messenger ribonucleic acid (mRNA) molecules, each of which encodes the information for one protein (or more than one protein in bacteria). The mRNA molecules are then transported through the nuclear envelope into the cytoplasm, where they are translated, serving as templates for the synthesis of specific proteins. 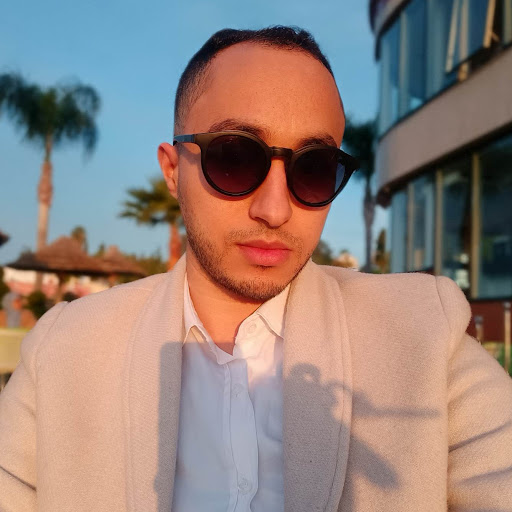